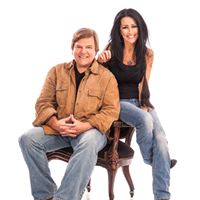 The firm is led by Lead Designer Mark Stewart, with the help of the finest Graphic, Engineering, Drafting, and 3d Modeling staff anywhere. Mark’s house plans are inspired by a lifelong love of art and design and a unique Spiritual Practice.

Mark has been designing homes for most of his life. He started in High School in earnest as an architectural drafting student at Estacada High School. Mark actually designed the facade of the new Estacada Admin building in 1975. An outstanding Student-Athlete Mark was offered full ride scholarships to almost any college you can name including Annapolis, and a full ride scholarship from each branch of the Military.  From there he attended College and studied architecture at The University of Oregon and Portland State. Leaving school early for practical experience, Mark spent many years free-lancing, working for home builders and various architectural design firms including Piercy & Barclay Design , Olson-Argo Architects and Living Design. It was during a ten year period in  his twenties that Mark logged the required 10,000 hours necessary to master his craft. At the age of 30 and directly coincident with taking formal vows as a spiritual practitioner of The Way of The Heart-Adidam  (founded by his Spiritual Teacher Adi Da Samraj) his design work, creativity and intuition took a vast leap forward. Within a very short time Mark was producing some of the hottest designs in the Portland Area and quickly amassed a loyal following of leading developers and  home builders including the highest profile custom home commissions. The Mark Stewart Resume has only grown in depth, magnitude and quality over the past 30 years.

Mark is still a practitioner of Adidam, and makes his home in Newberg with his wife Debbie . To his great delight all three of his children all play a significant role in the day to day operation of the Mark Stewart Studio. Michael Stewart is the lead Design/Drafting Associate, Michelle Stewart is the office administrator and Mark’s Personal Assistant. Sam Stewart, a Master Musician also is the firms social media Guru.

Mark has an artists approach to his craft. He takes inspiration from Adi Da Samraj, Frank Lloyd Wright, Christopher Alexander, Richard Neutra and Ralph Lauren among others.

Mark Designed and built the firms permanent headquarters in Old Town Sherwood, Oregon as part of a Mixed Use Building he developed in 2005.

Mark Stewart Home Design has become a trendsetter in both custom house plans and modern stock home designs. The firm is recognized as one of the foremost residential design firms in North America and throughout the world. Based in Oregon, Mark Stewart Home Designs can also be found in The Czech Republic, Japan, Russia, Switzerland, Africa, Malaysia, United Arab Emirates and Germany. Recently in 2019, Mark was honored to receive the Portland Main Street Design Award.

These international commissions along with the tens of thousands of Mark Stewart Homes throughout The United States are living testimony to the uncompromising design quality of Mark’s Home Plan Portfolio.

Starting in 2010 the firm began the process re-creating the “full service design experience” for its clients. Never before offered by any residential firm outside of expensive architectural office procedures, this service offers clients full design, documentation, and rendering services. The Full Service Mark Stewart Design includes Mark’s  award winning touch on the entire project including interiors, and specifications. Our cutting edge team provides the finest in photo-realistic rendering and 3d technology to fully immerse you in your new home prior to building it. This service is now fully functioning and we are creating masterpieces that far exceed anything on the market.